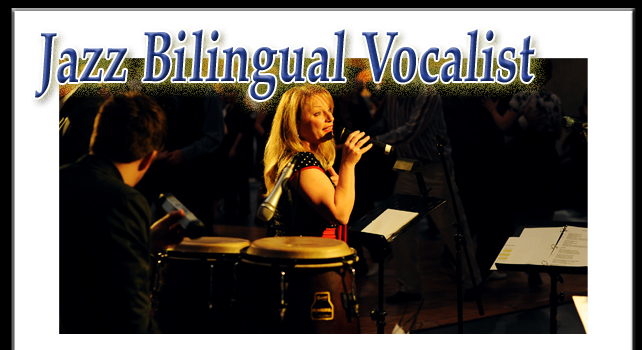 A musician and singer since childhood, our jazz vocalist evolved in different styles before developing a true passion for jazz. At home on the stage, she is known for her warm and effervescent presence and her light and sensual voice. Her performances include her favourite jazz standards, with some special arrangements of well-known French and Quebec songs. She has performed at the Ottawa International Jazz festival in 2005 and at the National Library in February 2007.
She sings regularly on local stages with several of the best musicians in the area.
In 2006 and 2007 and 2008, she appeared with her quintet at the Ottawa Jazz Festival, at the “Casino du Lac-Leamy Sound of Light”, at “L’Outaouais en fête” and at many other venues and events (Hilton, Civilisation Museum, National Gallery,
War Museum, Congress Centre, Monterey Inn, Maison Maxime, Petit Chicago,
Café Paradiso).

After a childhood full of music, from classical piano to rock guitar and from church organ to flute ensemble, she studied piano and cello. Since then, she has been involved in several musical and vocal groups. She performed interesting roles in
the vocal group Top Passion – a producer of musicals on the local scene and sang
in several small vocal ensembles, such as the a cappella jazz quintet “C’est What?” (from Manhattan Transfer to Take 6), which began her passion for jazz. She has coordinated and taken part in numerous musical projects over the years with symphonic orchestras, concerts bands, big bands and many others. She would be
a wonderful addition to your evening.

For more information about this Jazz Bilingual Vocalist call Quality Entertainment at 613-52-MUSIC | and ask for Brian Henry or email him at brian@qualityentertainment.ca 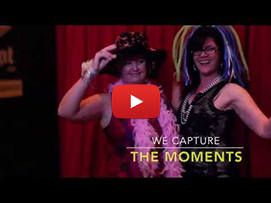 We had a Quality Entertainment Photo Booth at our wedding a couple of weeks ago and we are so pleased! The guests absolutely LOVED it and it was a great way to ensure that we got pictures with all of our guests. Renée was great to communicate with leading up to the event. On the … END_OF_DOCUMENT_TOKEN_TO_BE_REPLACED

Quality Entertainment DJ’d our wedding. They were excellent! So easy to work with, our DJ was great – arrived on time and discussed some details with me to ensure everything went according to plan. The dance floor was packed from 9pm until we had to close our venue at 1am – guests LOVED the music. … END_OF_DOCUMENT_TOKEN_TO_BE_REPLACED